Languages of the Upper Xingú

Languages of the Upper Xingú

We gather here three DoBeS projects working on three genetically unrelated languages, belonging to the cultural system of the Upper Xingú area: Kuikuru (Carib), Trumai (isolate), and Aweti (Tupi).  The aims of the co-operation among these DoBeS Projects are the organization of comparable corpora (lexical domains and texts) in order to elucidate the integration process of the Xingúan people into the Upper Xingú intertribal society.

Languages of the Upper Xingú area

Awetí is the mother tongue of about 140 speakers living in two villages in the Xingú Indigenous Park, Mato Grosso, Brazil.

Trumai is an isolate language. Possibly the other languages that were related to Trumai already disappeared without any kind of documentation or record, which then would make Trumai the only existent representative of an entire linguistic family.

The Kuikúro language, culture and oral traditions have been documented since 1976 by Bruna Franchetto, researcher and teacher of the Department of Anthropology and the Graduate Programs in Social Anthropology of the National Museum and in Linguistics, both of the Federal University of Rio de Janeiro. She is also researcher of the CNPq (Brazilian Scientific National Counsel). 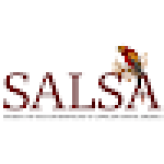 SALSA Home
Society for the Anthropology of Lowland South America

Promoting ethical and sound research on issues related to lowland South America, its peoples and its environment

To honor the memory of Ken Kensinger, we offer selected issues of two series of publications edited by him.

SALSA conferences are among the world’s foremost venues for presenting original research on lowland South America.

SALSA is an international society, bringing together specialists who live in Latin America, Europe, North America, and elsewhere. In these pages,  you can consult several products from the active scholarship of the SALSA members.

Meeting-point for accessing links of interest, news and events about sound, spoken word and musical practices in Lowland South America.